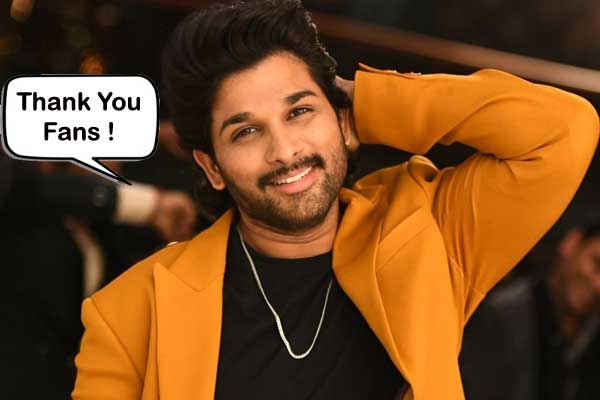 Hyderabad: Telugu superstar Allu Arjun has been given a big gift by his fans on the new year. The actor also openly thanked his fans.

Telugu superstar Allu Arjun’s Instagram has completed 10 million or 10 million followers on Instagram. The actor thanked his fans on the occasion.

Arjun posted a video montage on Instagram. The clip shows all the videos and photos shared by him on the portal.

While captioning the share video, he wrote, “Thank you all for the love. Thank you for being there as my strength. Your greeting really touched my mind. “

Talking about the workfront, Allu Arjun has recently announced his next film directed by Koratala Shiva.

He has shared the film’s first poster on the photo-sharing website, in which the film has been temporarily given the title ‘AA21’.

The post Telugu superstar Allu Arjun’s fans gave him a big gift on the new year appeared first on THE GANDHIGIRI.

Farhan Akhtar got emotional on the death of Milkha Singh

News Readers is your news, entertainment, music fashion website. We provide you with the latest breaking news and videos straight from the entertainment industry.