Agra. US President Donald Trump is on a two-day visit to India. Trump, Melania and Ivanka spent more than a hour in Taj Mahal, the seven wonders of the world. After this, he praised not only the Taj but also the diversity in Indian culture on visitor’s book.

Trump-Melania and Ivanka-Jared Kushner also posed for photos in front of Taj. They arrived in Agra on Monday evening to visit Taj Mahal. After soon, US President Donald Trump wrote an note on visitors book that, “THE TAJ MAHAL INSPIRES AWE. A TIMELESS TESTAMENT TO THE RICH AND DIVERSE BEAUTY OF INDIAN CULTURE.“

Both top leaders from the airport went to Sabarmati Ashram, where Melania and Trump also drove a ‘Charkha’. Later, after leaving the ashram, PM Modi and Trump addressed to the public at Motera Stadium.

President Trump is accompanied by his wife and US First Lady Melania Trump, daughter Ivanka and son-in-law Kishner.

Read this: By welcome to MP Sanjay Singh said, Sikh society has faith in ‘AAP’

White House respond to rumors, why did PM Modi unfollow on Twitter?

Singapore University claims Coronavirus will end in India by this date 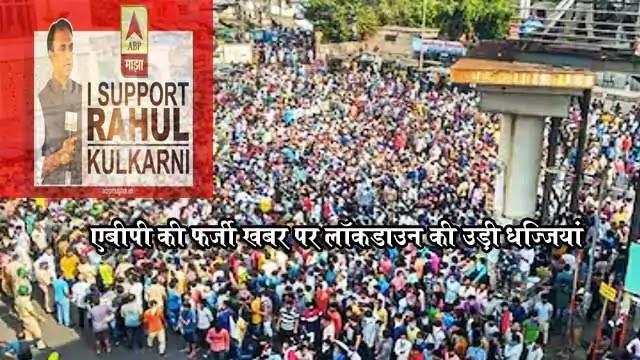 BJP MLA wants to donate his body for war with Corona,...

Supreme Court verdict on reservation is compatible with BJP and Sangh...

Singapore University claims Coronavirus will end in India by this date